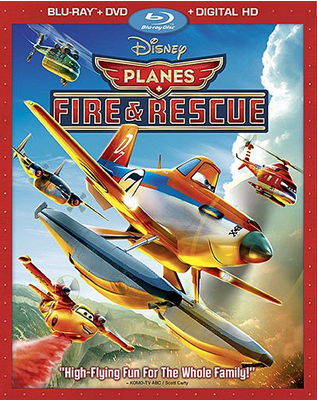 Exclusive animated short “Vitaminamulch: Air Spectacular”
Welcome to Piston Peak!
CHoPs” TV Promo (If you grew up in the 70s, then you will LOVE this!)
Air Attach: Firefighters from the Sky
Deleted Scenes with Filmmaker Intros
“Still I Fly” Music Video by Spencer Lee (I LOVE this song!!)
And More!

If you haven’t taken the time to watch bonus clips on Disney films before then you are really missing out…they are the gravy of these great Disney films!!

This movie would make a GREAT holiday gift idea and/or stocking stuffer!

Here’s a fun clip to give you an idea about just how fun this movie it: