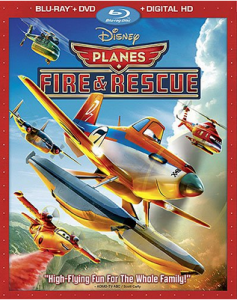 I recently travelled to LA for a press junket to celebrate the recent release of Disney’s PLANES FIRE AND RESCUE to Blu-ray and DVD. This meant that I was able to meet up with Paul Gerard (Creative Development Director) and Jeff Howard (Co-Writer) again to talk about this film! You might remember that I was able to meet with them last spring right before this film hit theaters. Learning more about their time researching for this film was one of the highlights of my trip each time!

It was so fun to see them again, especially considering that the last time that I had seen them this film wasn’t even in theaters yet. It was so fun to return and be able to chat more about the film and since I have seen it about 10 times, there were so many new things that I had noticed since the last time we had spoken. PLUS, by this time I am realizing how amazing brilliant and cool these guys are, so it was just kind of like a mini little reunion to celebrate their greatness. And, I have to tell you … I am dying to know what awesome project that they are working on now, but they aren’t talking!

Here is a fun photo of me and my friend Lindsay from over at SeeMomClick with Jeff and Paul. Honestly, no wonder this film is so awesome, these guys are a so fun! 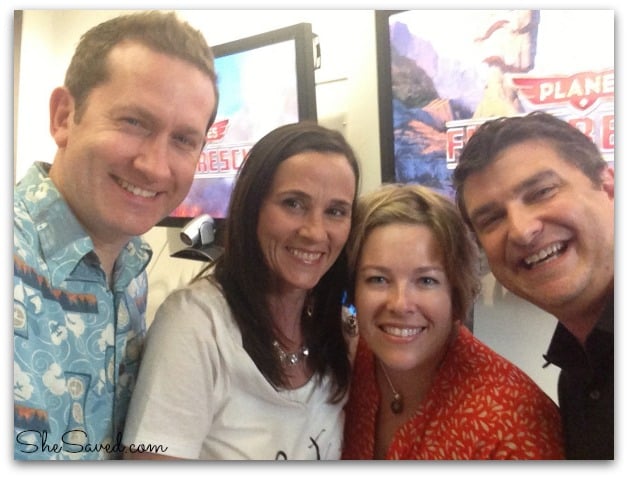 A movie like this has to be full of action, personality and typical Disney fun, but because of the inclusion of fire and rescue teams in this film, it also has be to ACCURATE. Since my hubby used to fight fire , he fought for 8 years on an Idaho fire crew, I have a small understanding of the brotherhood that these brave men have and the world that they live in. This immediately jumped out at me during the screening of this film because it was clear to me that SOMEONE did their research. 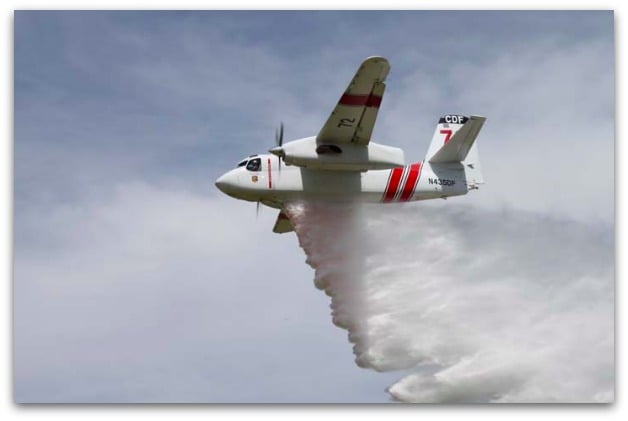 They interviewed fire crews and rescue teams and they also studied the fire rescue equipment and took footage of the planes in action. All of these little details add up to a film that makes you feel like you are really there in a wildfire setting, and it gives you an amazing peek into what it might actually be like to be inside this world of fire and rescue crews.

One of my favorite stories that they told was of arriving at a fire crew site, only to have the fire and rescue teams immediately called out onto a fire. As you will see in the film, something VERY similar happens to main character Dusty when he first arrives on site with the fire crew that protects the Piston Peak National Park. This was SO familiar to me because every time we go camping as a family, my hubby likes to stop in and say hi to his old fire buddies, and honestly if they are there at all (they are usually out on a fire!) then it’s not for long. What most people don’t realize is that there are literally always fires happening and these crews actually stay really busy. 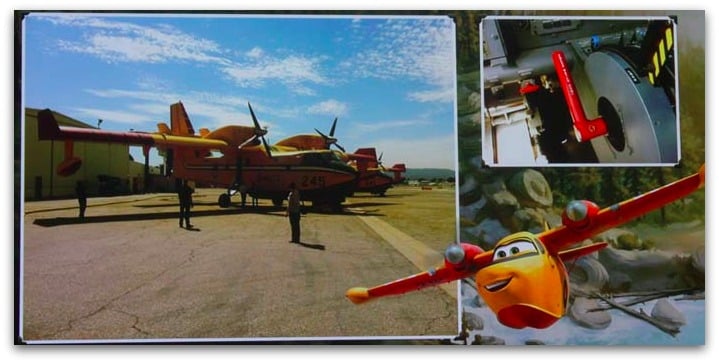 All of this research paid off as Planes Fire & Rescue gives us a whole new look at this world of firefighters and rescue vehicles and we meet new characters and get an intense look into the services and rescue jobs that these characters perform. This film is full of beautiful scenery and the most amazing action shots. You almost forget that you are watching animation.

Kudos to all of those hours of research because after watching this film you will feel like you just spent time inside a real wildfire rescue workers world and this “realness” is such an amazing tribute to those men and women that choose these fire and rescue jobs for a living.

What I also loved about chatting with these guys was that they were SO excited about this film, just like little kids. You could tell that they were so happy to share their experiences and see our reaction to all of their hard work. I could have literally talked to these guys for hours, it was fascinating to see and hear about their experiences and their passion for this film that they spent so many hours researching and bringing to life. 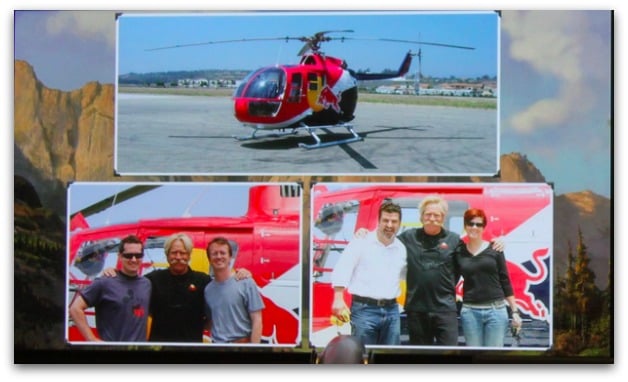 Here are a few more pics that give you some insight into the kind of actual on-site research that they did in preparation for this film. This including climbing into a helicopter with Chuck Aaron (he pilots the one-of-a-kind Red Bull Helicopter) who is a world famous helicopter pilot who does some AMAZING things with helicopters (like flying them upside down!!) No wonder Bobs Gannaway (Director) has that teeth chattering look on his face in this photo:

She Saved, LLC is a participant in the Amazon Services LLC Associates Program, an affiliate advertising program designed to provide a means for sites to earn advertising fees by advertising and linking to Amazon.com and MyHabit.com
28 shares