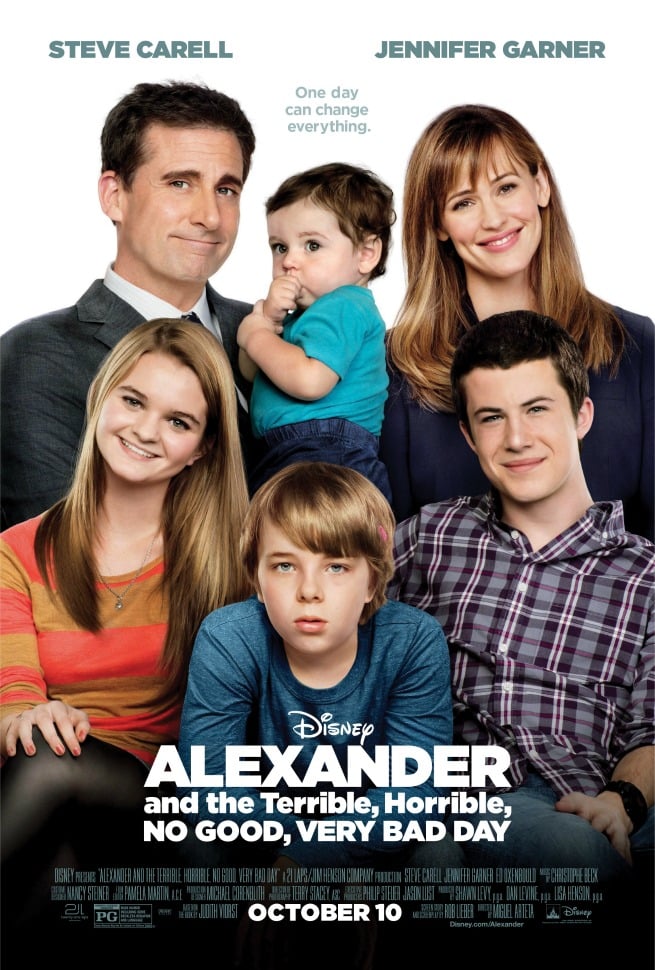 Last week I had the opportunity to attend a press screening of Disney’s ALEXANDER AND THE TERRIBLE, HORRIBLE, NO GOOD, VERY BAD DAY. After the screening, we had the amazing opportunity to interview many of the cast members, including Steve Carell and Jennifer Garner. As an added bonus, we got to interview them at the same time, which not only added to the excitement, but created such a wonderful atmosphere of fun and laugher. (and more laughter. . .) These two are adorable, and side by side, they are just too wonderful. 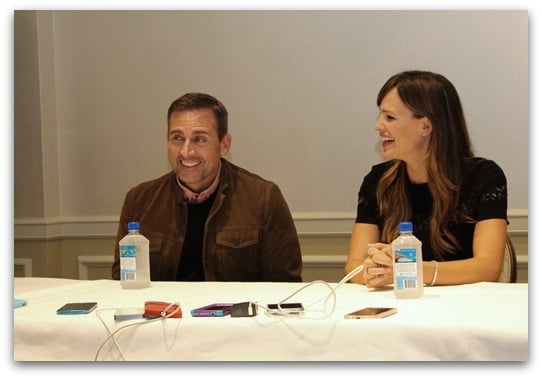 The interview was one of the funnest that I have ever participated in as it was very relaxed and down to earth, and well … they just kind of ran with the show, and it was fantastic! See that look on Steve Carell’s face, above? YES! Just his facial expressions could have everyone in stitches. And the entire interview just rolled with laugher and jokes and well, that was no big surprise considering that it started off with Jennifer bursting into the room like a ray of sunshine, ready to have a good time. (seriously, I don’t exaggerate, she is adorable).

Upon entering she immediately declared “These are my people! I brought Steve along,  but let’s chat. . .”

I am including the interview outline below so that you can enjoy it as it unfolded, and just do your very best to imagine some sarcasm (duh!) and humor in their banter:

Q: How did you both get involved with the project?

Steve:  I was asked to be in it, and I said yes. I liked the script, I thought it was funny, inventive, and different.  I feel like I hadn’t really seen this kind of family movie in a while.  And the fact that Jen was going to do it was a huge draw for me, because I’d been a huge fan of hers for a long time.

It’s true.  We have met a few times over the years, but just sort of in passing, and when someone not only lives up to, but exceeds expectations, of everything you’ve heard about them?  That was her.  She’s just…

Jennifer: Well, he’s fibbing a little bit, because he was actually on this movie first, so I was the one who knew he was doing it and said “Oh, yeah, I’ve been dying to work with him forever.”

Steve: Well, I continued to do it because …

Jennifer: We had a really good time. 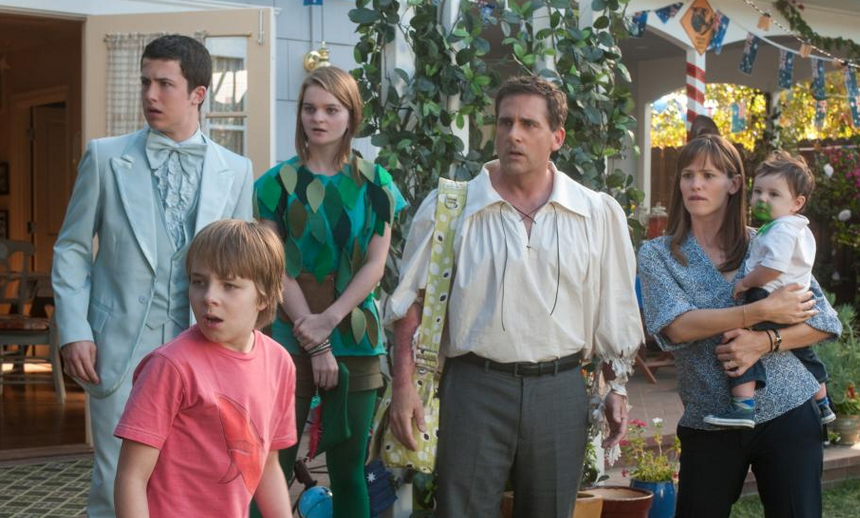 Q: Were there any days on set that were really bad days, just like in the film?

Steve: There was one that we kind of point to.  There we  scene where we were outside, around the car, talking after the big accident and after the driving test.  And it must have been like 105 or something.  And so that was probably the most arduous day, physically.

Jennifer: I think it was tough because the baby got upset.

Jennifer: It’s just that you know what that does, I mean, that practically made me lactate.  It’s like, “Whaa –!”  And there’s nothing you can do.

Steve: You know what?  We can set her off just by going “Wahh!”

There is a restaurant scene in the film where Steve performs some amazing stunts with shrimp, and then proceeds to catch himself on fire. So before you proceed with reading the interview, you might want to watch this hilarious clip so that the next few questions will make sense:

Q: How many shrimp did you have to catch in your mouth in the restaurant scene?

Jennifer: Did you know you had that talent?

Jennifer: Until that moment?

Steve: I didn’t know that I had that eye-shrimp coordination.

Steve also performs a fabulous scene in the restaurant where he actually catches on fire. (again, watch the clip above!)

Q: Steve, Tell us more about the fire scene in the restaurant.

Jennifer: I didn’t want the kids in the movie to watch him be set on fire.  It was very, very tough on me.

Steve: I was aware that I was on fire, and I prepared to be on fire.

Q: And it was the first time?  You did it perfect?

Steve: Once or twice. 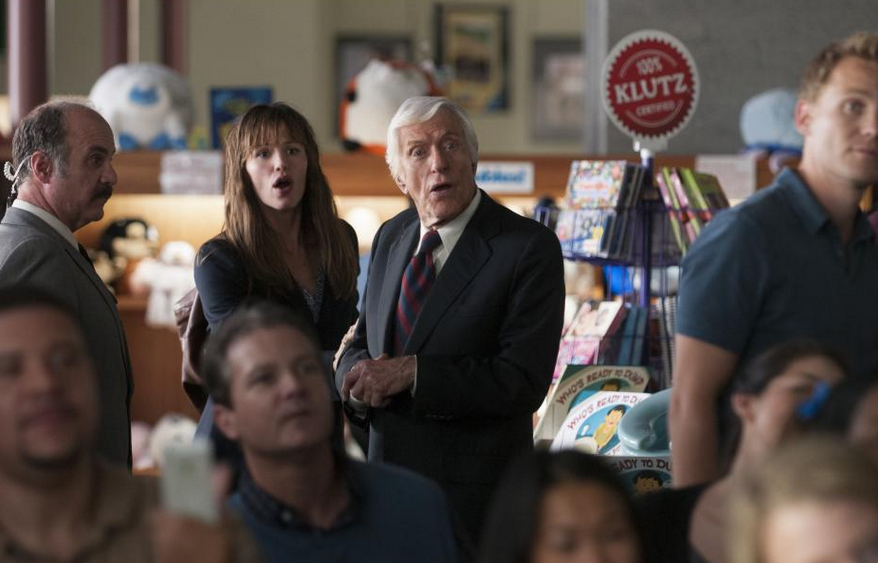 Q: How was it working with Dick van Dyke?

Jennifer: It was soooooo exciting.  So exciting, I mean, Mary Poppins is like, one of the top three films of all happiness. I got him to do “Chim Chim Cheree” with me between takes.  All so great.  He was just funny and warm and lovely, and so accepts his role as being somebody that we’ve all grown up with and an icon in entertainment, with such grace.  It was really a great day.

Q: I will bet you were laughing the whole time during the making of this film. How hard was that?

Jennifer: There are definitely scenes in the movie that, I don’t know how they cut me to because I just wanted Steve to think that I was professional.  And there were times where I just couldn’t not laugh with him.  I don’t know how anyone could. I defy you to be in a scene with him and not laugh.

Steve: Well, the same.  The same from my perspective.  The scene where she’s screaming at the car in front of us.  I mean, that’s a side of her I had never seen before, and it was crushing me.  It was so, so good.

Jennifer: The scene where we were in the car, making the weird sounds, and I look at him and he’s going, “Arararara!”  I can’t even think about it.  I can’t watch it.

Steve: But that was part of the joy of doing it.  And the kids laughed too.  Like it was work, and we tried to get it right, but it also had to be fun.  And buoyant.  What’s the point of doing anything unless you’re enjoying it, and I think everyone had a good time doing it. 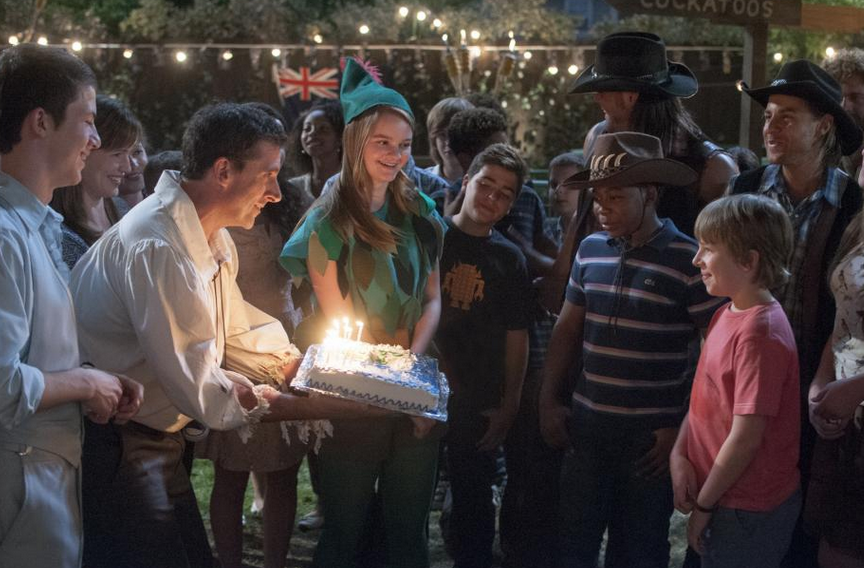 Q:What was your favorite scene to film?

Jennifer: I liked when we were all together.

Steve: That’s what I was gonna say.  We were all together for most of the movie.

Jennifer: A lot.  The dancing at the end.  It’s just, all of the fun stuff, is really fun. It looks fun, and it is. There was a day between scenes where they just put us in a little room in the house, and we all had our phones with us.  And we sat with those kids, and nobody ever looked at their phones. We just talked. You wouldn’t think that you would have that much to talk about with teenagers, you know, because it seems like they’re from another planet.  But these are the coolest group of the smartest, most interesting, engaging kids.

And the five of us just hung out together, and had the best time, and that, to me, is kind of the crux of this whole movie, was just that feeling in that room, and that nobody came in and bugged us.  Nobody else was there.  It was just us as a group.  And it was something that we chose to do.

Steve: On my last day, Dylan and Kerris did a song for me that they had written. And Ed. The three of them.  Sang this song.  But I think the two of them wrote it and the three of them performed it, and I broke down.  I really didn’t see it coming.  Yeah.  It really crept on me, the emotion of it all, and kind of the — the feelings that we all had, just over a couple of months for one another.  And to see everyone again, and be doing press, is really fun.

Jennifer: It’s different when you work with kids.  Like, I know I’ll see Steve.  I’ll always be glad to see him and hopefully we’ll work together at some point, but we played these kids’ parents.  You know.  Especially the babies.  If you are working with kids, even though there are people there, making sure they’re okay, and their parents, but you’re the one saying, “Do you want a snack?  Do you have to pee?”  Do you know?  “Are you tired?”

Steve: There is a responsibility there.  You know.  You want to make it okay for everybody.  You want everybody to be happy.  And be having fun.  But, also, you know, you try to sense what’s is going on with them. 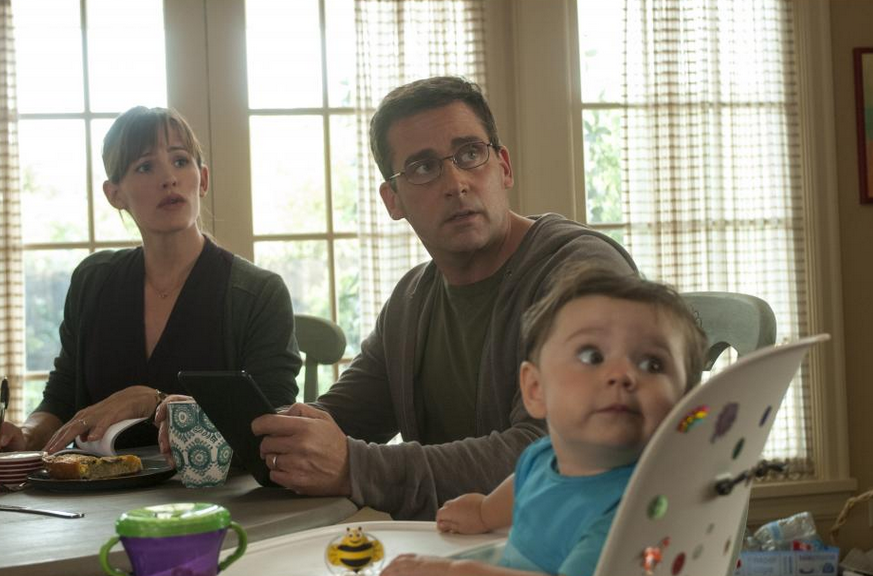 Q: Do you guys follow the kids after you do all of the press junkets?

Jennifer: I’m starting to rack up onscreen kids. The first time I played a mom was in “Timothy Greene,” and I started this then, and I feel like it’s something to do with being “The Mom” too, that I really keep in loose touch, I would say.  There’s a little girl that I worked with in “Imagine” and I send books to her, or these kids that I e-mail with their moms a little bit just enough to say, I am thinking of you if you need another set of ears, ever, you can always call me.

Steve: Yeah.  She’s nicer about that than I am. Do I keep in touch?  Well,  guess, not really.  You know?  I see them at things like this, and he kids that I have been in movies with, I will see from time to time, and it’s always nice to catch up and see how they’re doing, but it’s incredible  how quickly they are not little kids anymore. 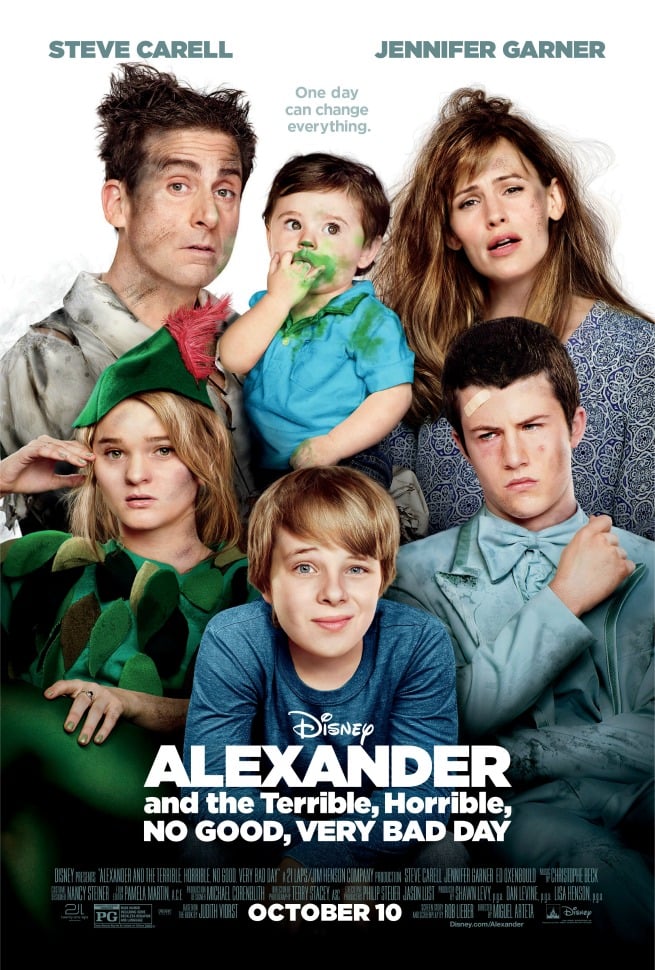