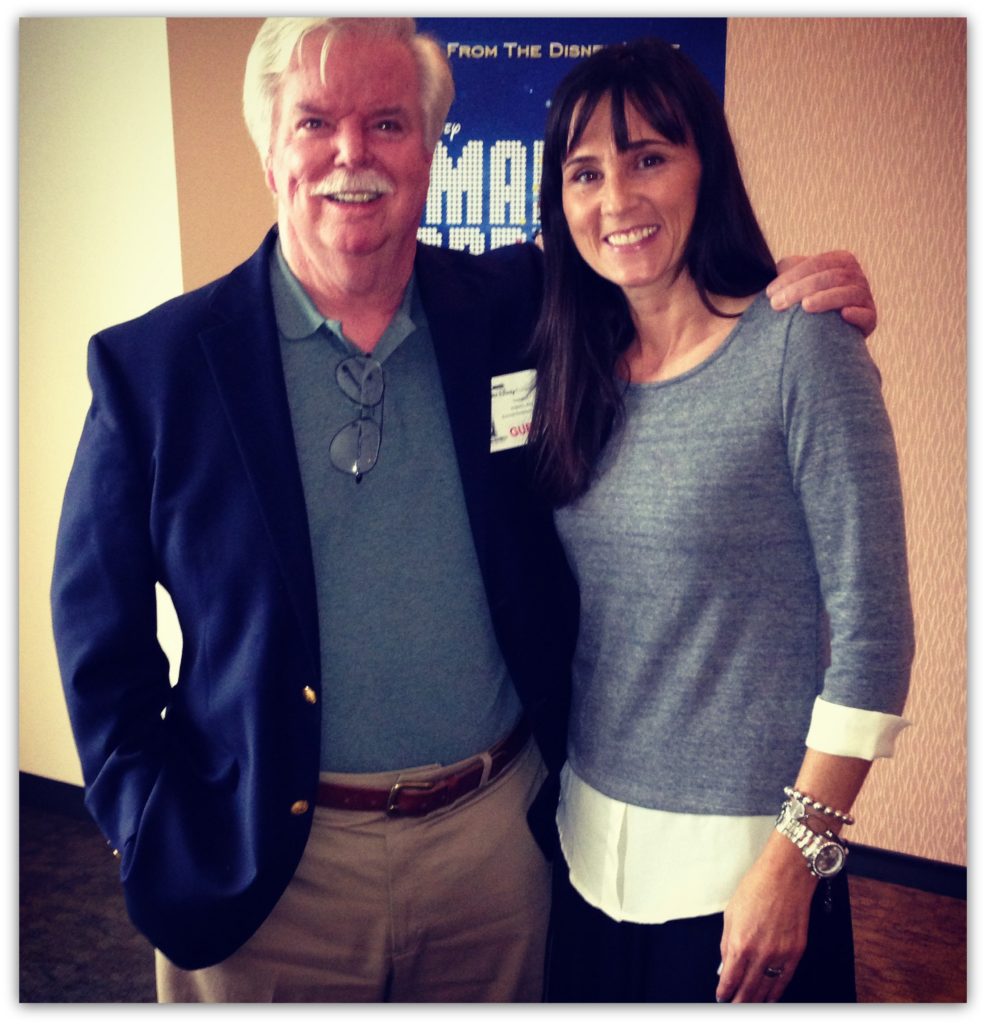 My recent trip to LA included a day spent at the Disney Animation Studios, which included several behind the scenes opportunities. In case you have not heard, Disney is soon releasing it’s 50th Anniversary edition of Mary Poppins, and in celebration (and anticipation of this) I had the opportunity to meet with and interview Pete Menefee. Pete is significant to Disney history because he was one of the chimney sweeps in the 1964 classic film, Mary Poppins.

Meeting with Pete, now 71 years young,  was a real treat, as not only does he hold such unique Disney memories, but he was there at such a significant time in Disney history, and listening to him talk of the times was so interesting and entertaining. He was a young 21 year old kid working all over Hollywood, at the time, dancing and auditioning for some pretty cool parts… he even danced with Elvis in several movies.

When asked about working on the movie Mary Poppins and with Walt, he said “Walt was there every day, every single day. Walt, he knew everybody’s name. We had to wear the name tags but we were allowed to rehearse in swim trunks because it was blazing back there.” About the experience of working with the directors  he said, “it was a great job to work on. I’m afraid when we all did it, we knew that it was special. We knew the dance number was special because every day that Walt would come, the number got longer and that doesn’t happen in movies. You know, usually you have three and you better be off camera, you better be done. Didi and Mark (producers) would say, “you know, we just tried something. Look at this, look at the guys going into the chimneys “and he’d go “that’s great. That’s gotta be in the number.” I don’t know how they dealt with it, you know, as far as time and budget and stuff but the number was really put together on the back lot and Walt was, you know, fabulous about it. For most of us it was a job. It was your gig that summer but it was — we knew that it was special when we were doing it.”

Pete went on to have quite an amazing career! After dancing, he moved into costume design. Do you recognize any of the characters above? He did stage costumes for KISS, as well as many fabulous Ice Show costumes and he even worked on costume design for How to Train Your Dragon and many MANY more projects.

When asked about his career, I loved his answer, “I’ve done a lot of rock and roll. I did all the Motown stuff. I’ve done Diana. I did the Pimps, the Tops, the Jackson Five, Michael, everybody and KISS was my favorite, favorite group to work on. Cher was going with Gene Simmons at the time and Cher wanted Bob to do their clothes for this tour and Bob really wasn’t interested and I had space number at Reno and Bob said, you know, go really to Reno and take a look at the space thing that Pete did. He said, it’s really freaky, you’ll like it and I ended up working for four years for them which is strange. You learn about blood bags and stuff that you’d never imagine.

So my career has been really varied as far as design goes. I’ve won three Emmys. I’ve been nominated for five of them. And I’ve just been privileged to work all over the world with all different people. You know, it’s been, it’s been really incredible and I still am in touch with a lot of the kids. There’s a group called Professional Dancers Association and I belong to that since it was born and I’ve worked with them on something called Career Transition for Dancers because dancers have a short career, they really do.” 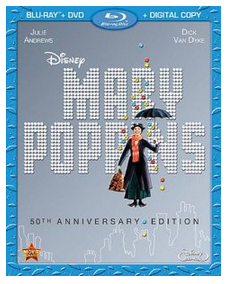 I so enjoyed this time with Pete, and feel honored to have had the opportunity to hear his stories and memories.

Remember, Disney is releasing the Mary Poppins: 50th Anniversary Edition on December 10th (you can pre-order on Amazon right now for $32.96). We just watched this movie and it had been years since I had seen it, and my kids watched it for the very first time. It’s magical and heartwarming … and now that I know more about the actually history and excitement of making the film, I felt so much more connected to the era in which it was created. Mary Poppins has always been one of my personal favorites, and now I hold it even more dear.

Thank you Pete Menefee, for sharing yourself with us!

I would love for you to read my review of the movie Frozen, my attempt at “voicing Olaf” in the Disney recording studio, my behind the scenes look at The Making of Get A Horse!, my round up of Disney Frozen merchandise, my recap of my day at the Disney Animation Studios, my experience on the red (errr white) carpet at the world premiere of Frozen, and check out my interview with Kristen Bell (the voice of Anna!) also make sure to follow all of the Frozen excitement: